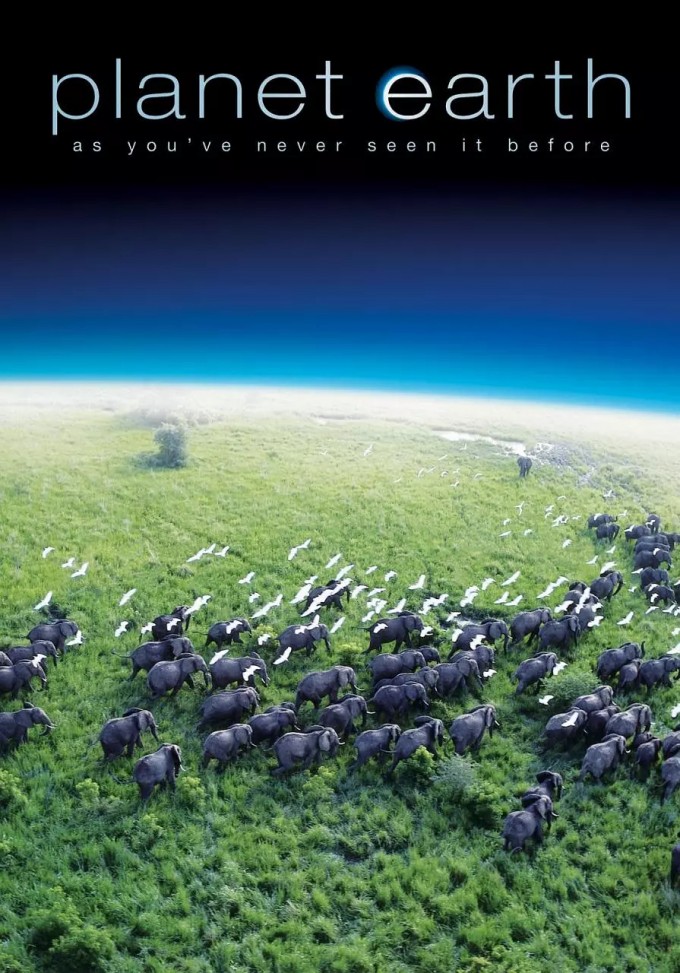 Planet Earth is a 2006 British television series produced by the BBC Natural History Unit. Five years in the making, it was the most expensive nature documentary series ever commissioned by the BBC and also the first to be filmed in high definition. The series received multiple awards, including four Emmy Awards, a Peabody Award, and an award from the Royal Television Society.

Planet Earth premiered on 5 March 2006 in the United Kingdom on BBC One, and by June 2007 had been shown in 130 countries. The original version was narrated by David Attenborough, whilst some international versions used alternative narrators.

The series has eleven episodes, each of which features a global overview of a different biome or habitat on Earth. At the end of each fifty-minute episode, a ten-minute featurette takes a behind-the-scenes look at the challenges of filming the series. 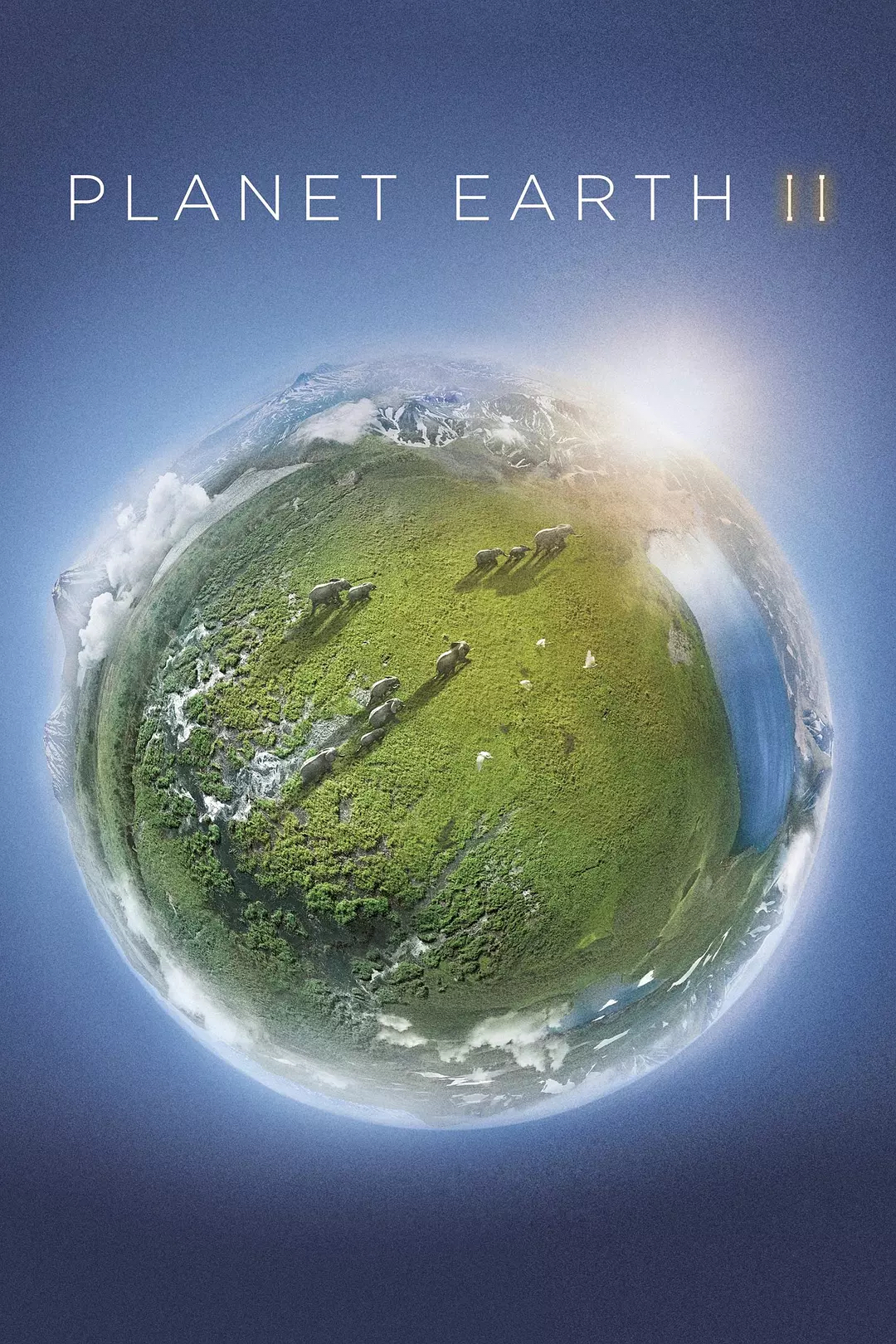 Planet Earth II is a 2016 British nature documentary series produced by the BBC as a sequel to Planet Earth, which was broadcast in 2006. The series is presented and narrated by Sir David Attenborough with the main theme music composed by Hans Zimmer.

The first trailer was released on 9 October 2016, and the series premiered on 6 November 2016 in the United Kingdom on BBC One and BBC One HD.[4] Planet Earth II is the first television series produced by the BBC in Ultra-high-definition (4K). 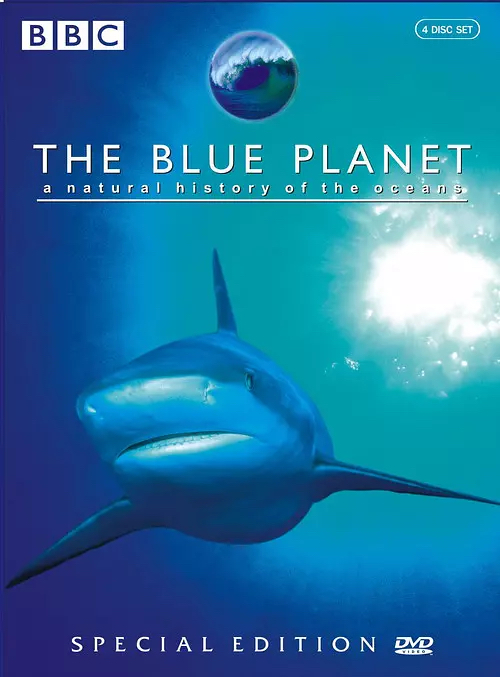 The Blue Planet is a British nature documentary series created and produced by the BBC. It premiered on 12 September 2001 in the United Kingdom. It is narrated by David Attenborough.

Described as “the first ever comprehensive series on the natural history of the world’s oceans”, each of the eight 50-minute episodes examines a different aspect of marine life. The underwater photography included creatures and behaviour that had previously never been filmed.

The series won a number of Emmy and BAFTA TV awards for its music and cinematography. The executive producer was Alastair Fothergill and the music was composed by George Fenton. Attenborough narrated this series before presenting the next in his ‘Life’ series of programmes, The Life of Mammals (2002), and the same production team created Planet Earth (2006).

Blue Planet II is a 2017 British nature documentary series on marine life produced by the BBC Natural History Unit. Like its predecessor, The Blue Planet (2001), it is narrated and presented by naturalist Sir David Attenborough, while the main music score was composed by Hans Zimmer.

The series was debuted on 29 October 2017 and was simulcast on BBC One, BBC One HD and BBC Earth, making it the first natural history series to premiere on the same day in the United Kingdom, Nordic regions, Europe and in Asia.

In the United States, the series premiered on Saturday, January 20, 2018, at 9 PM as part of a five-network simulcast on BBC America, AMC, IFC, Sundance, and WE tv. Subsequent episodes aired on successive Saturdays on BBC America. 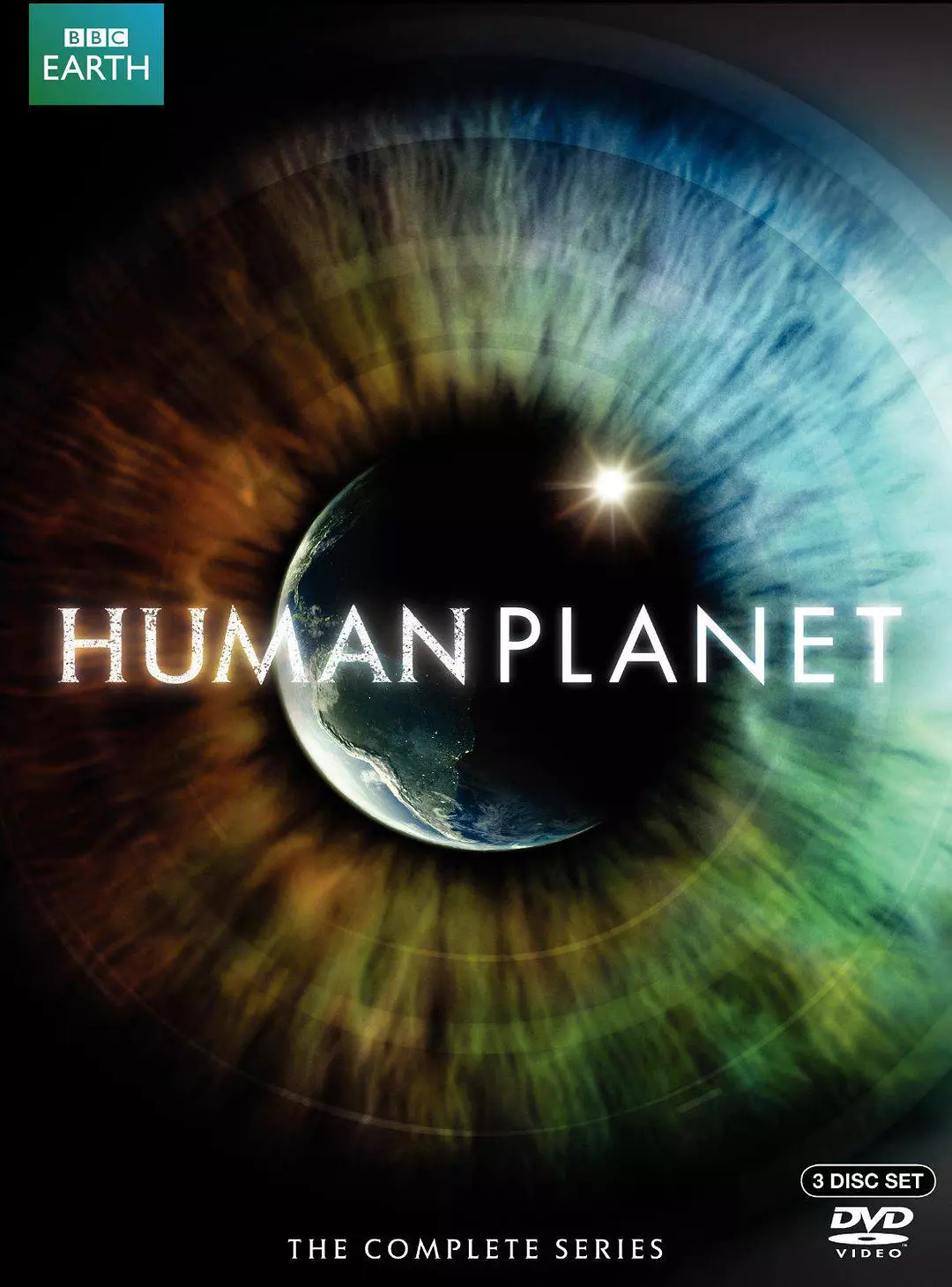 Human Planet is an 8-part British television documentary series. It is produced by the BBC with co-production from Discovery and BBC Worldwide. It describes the human species and its relationship with the natural world by showing the remarkable ways humans have adapted to life in every environment on Earth.

Human Planet was originally screened in the UK on BBC One each Thursday at 8pm over eight weeks, starting from 13 January 2011. Domestic repeats have been seen on Eden, with all 8 episodes aired over one week in April 2012. BBC Worldwide has since announced they have sold the broadcast rights to 22 international markets. 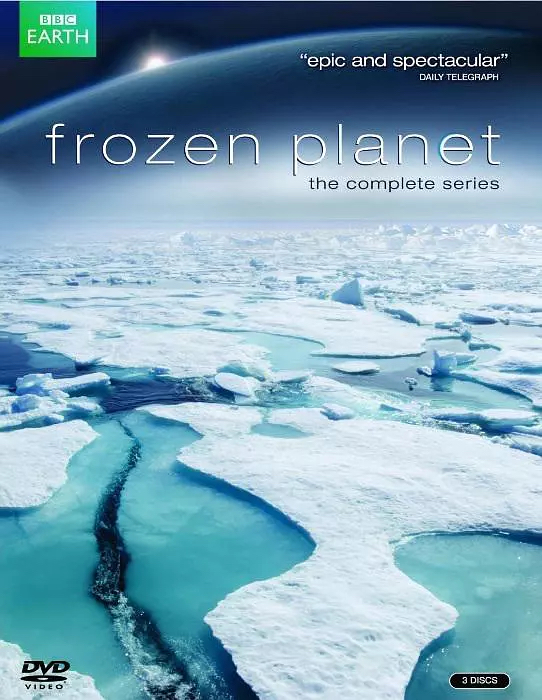 Frozen Planet is a 2011 British nature documentary series, co-produced by the BBC and The Open University. It was filmed by the BBC Natural History Unit. The production team, which includes executive producer Alastair Fothergill and series producer Vanessa Berlowitz, were previously responsible for the award-winning series The Blue Planet (2001) and Planet Earth (2006), and Frozen Planet is billed as a sequel of sorts.[citation needed] David Attenborough returns as narrator. It is distributed under licence by the BBC in other countries, Discovery Channel for North America, ZDF for Germany, Antena 3 for Spain and Skai TV for Greece.

The seven-part series focuses on life and the environment in both the Arctic and Antarctic. The production team were keen to film a comprehensive record of the natural history of the polar regions because climate change is affecting landforms such as glaciers, ice shelves, and the extent of sea ice. The film was met with critical acclaim and holds a Metacritic score of 90/100. Despite such, it has been criticized for limited coverage of the effects of global warming and attribution of recent climate change.

Whilst the series was broadcast in full in the UK, the BBC chose to make the series’ seventh episode, which focuses on climate change, optional for syndication in order to aid sales of the show in countries where the issue is politically sensitive. The US Discovery Channel originally announced that they would air only the first six episodes of the show, but they later added the seventh episode to their schedule.

In 2012, the US broadcast won four Emmy Awards, including Outstanding Nonfiction Series. 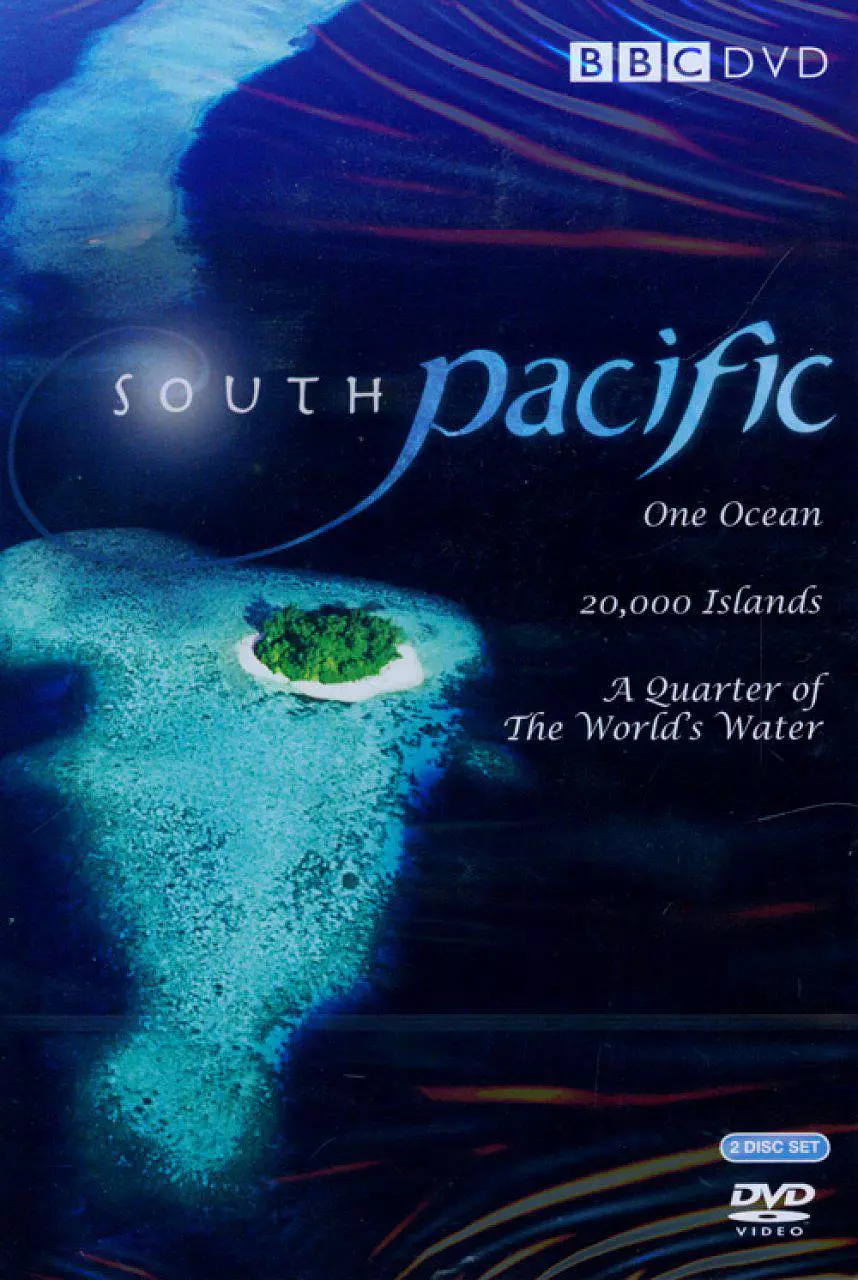 South Pacific (Wild Pacific in the US) is a British nature documentary series from the BBC Natural History Unit, which began airing on BBC Two on 10 May 2009. The six-part series surveys the natural history of the islands of the South Pacific region, including many of the coral atolls and New Zealand. It was filmed entirely in high-definition. South Pacific was co-produced by the Discovery Channel and the series producer was Huw Cordey. It is narrated by Benedict Cumberbatch. Filming took place over 18 months in a variety of remote locations around the Pacific including: Anuta (Solomon Islands), Banks Islands, French Frigate Shoals, Papua New Guinea, Palmyra, Kingman Reef, Tuvalu, Palau, Caroline Islands, Tuamotus and Tanna Island in Vanuatu.

On 6 May 2009, BBC Worldwide released a short clip of big wave surfer Dylan Longbottom surfing in slow motion, high-definition footage as a preview of the series, attracting extremely positive reactions on the video sharing website YouTube.

The series was released on DVD and Blu-ray Disc on 15 June 2009. At the end of each fifty-minute episode, a ten-minute featurette takes a behind-the-scenes look at the challenges of filming the series.

The series was released by Discovery International in the USA under the title Wild Pacific, with narration provided by Mike Rowe.

The series forms part of the Natural History Unit’s “Continents” strand. It was preceded by Wild China in 2008 and followed by Madagascar in 2011. 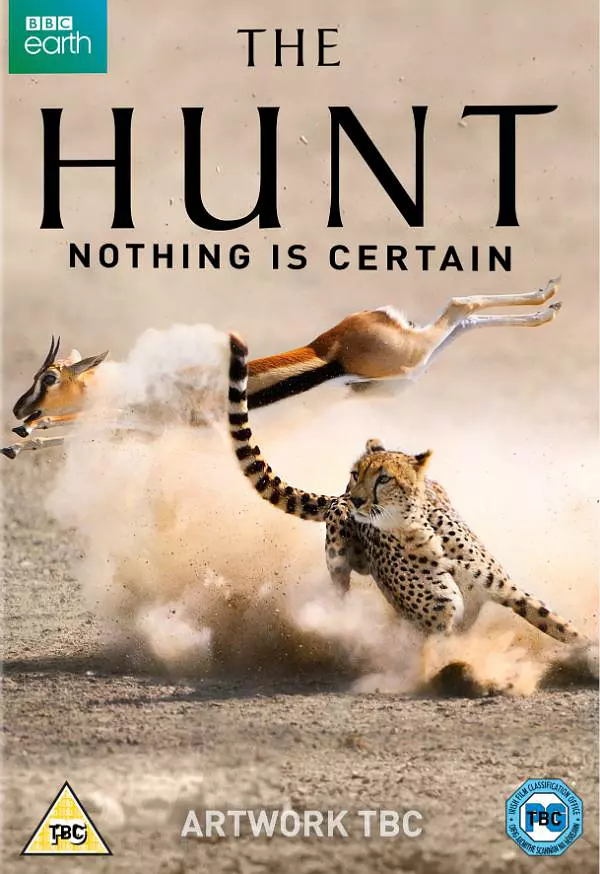 The Hunt is a 2015 British nature documentary series made for BBC Television, first shown in the UK on BBC One and BBC One HD on 1 November 2015. The series is narrated by David Attenborough.

The Hunt takes a detailed, audio-visual study of predator-prey relations – as well as the importance of respective ecosystems within a world facing greater environmental challenges brought about by the impact of the human race. Rather than simply concentrating on ‘the blood and guts’ of predatory behaviours typical of past documentary series, The Hunt focuses more upon the diverse strategies predators use to catch their food, and also the various evasive techniques prospective prey use to escape death by predator.

Each episode is based in one or more of the planet’s key habitats – each of which presents the predators and their prey with often critical seasonal, climatic, and ecological-environmental challenges.

To conclude, the seventh episode examines the state of the planet from the perspective of the top predators and their ever increasingly difficult struggle to survive – and also considers the scientists and conservationists who are determined in their collective fight to protect them. 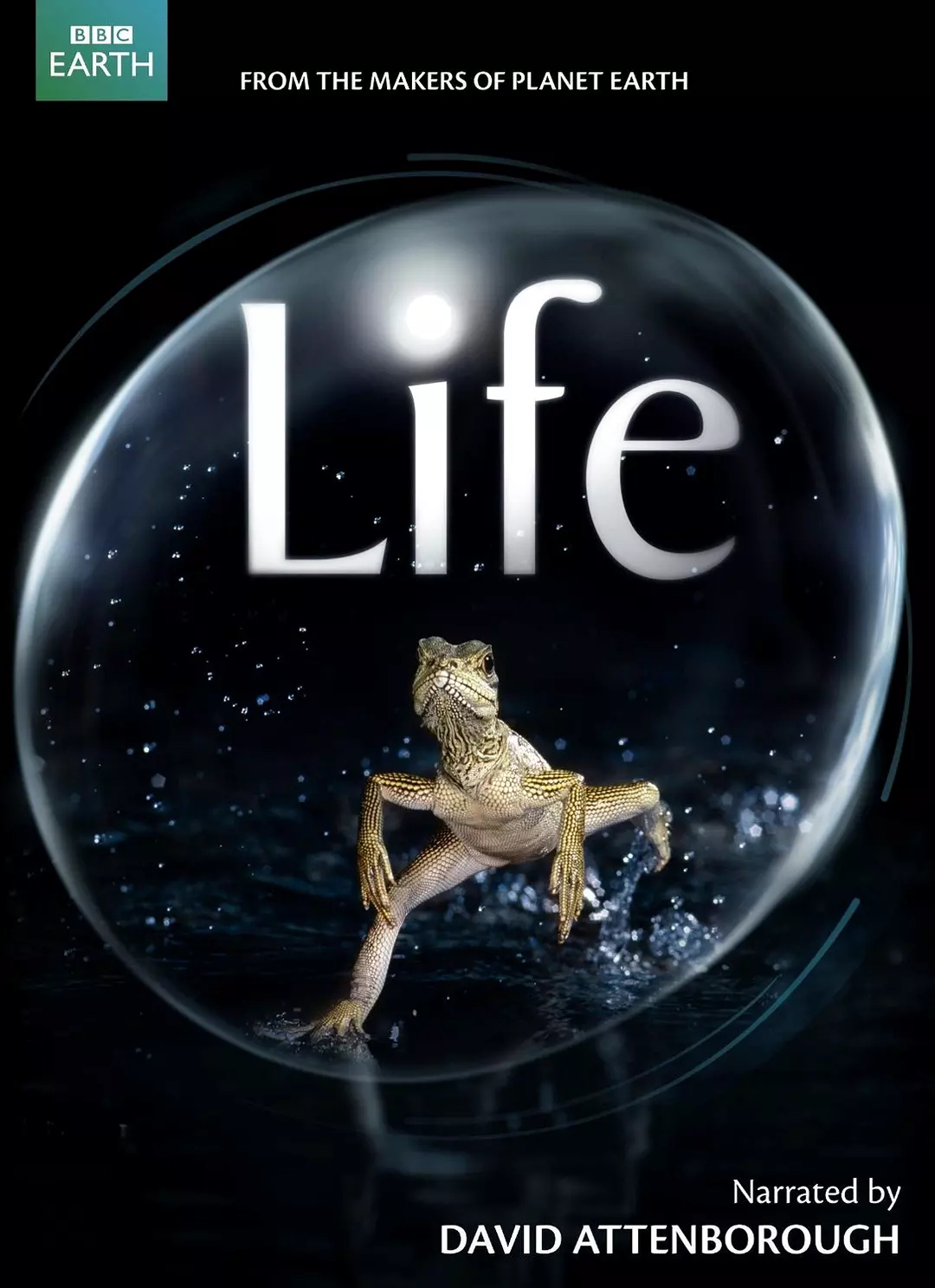 Life is a British nature documentary series created and produced by the BBC in association with The Open University. It was first broadcast as part of the BBC’s Darwin Season on BBC One and BBC HD from October to December 2009. The series takes a global view of the specialised strategies and extreme behaviour that living things have developed in order to survive; what Charles Darwin termed “the struggle for existence”. Four years in the making, the series was shot entirely in high definition.

Life premiered on 12 October 2009 in the United Kingdom consisting of ten 50-minute episodes. The opening programme gives a general introduction to the series, a second look at plants, and the remainder are dedicated to some of the major animal groups. They aim to show common features that have contributed to the success of each group, and to document intimate and dramatic moments in the lives of selected species chosen for their charisma or their extraordinary behaviour. A ten-minute making-of feature Life on Location aired at the end of each episode, taking the total running time to 60 minutes.

Life is produced by the BBC Natural History Unit and The Open University. It is distributed under licence by the BBC in over 50 other countries, including by the Discovery Channel in the United States and Skai TV in Greece. The original script was written and narrated by David Attenborough. 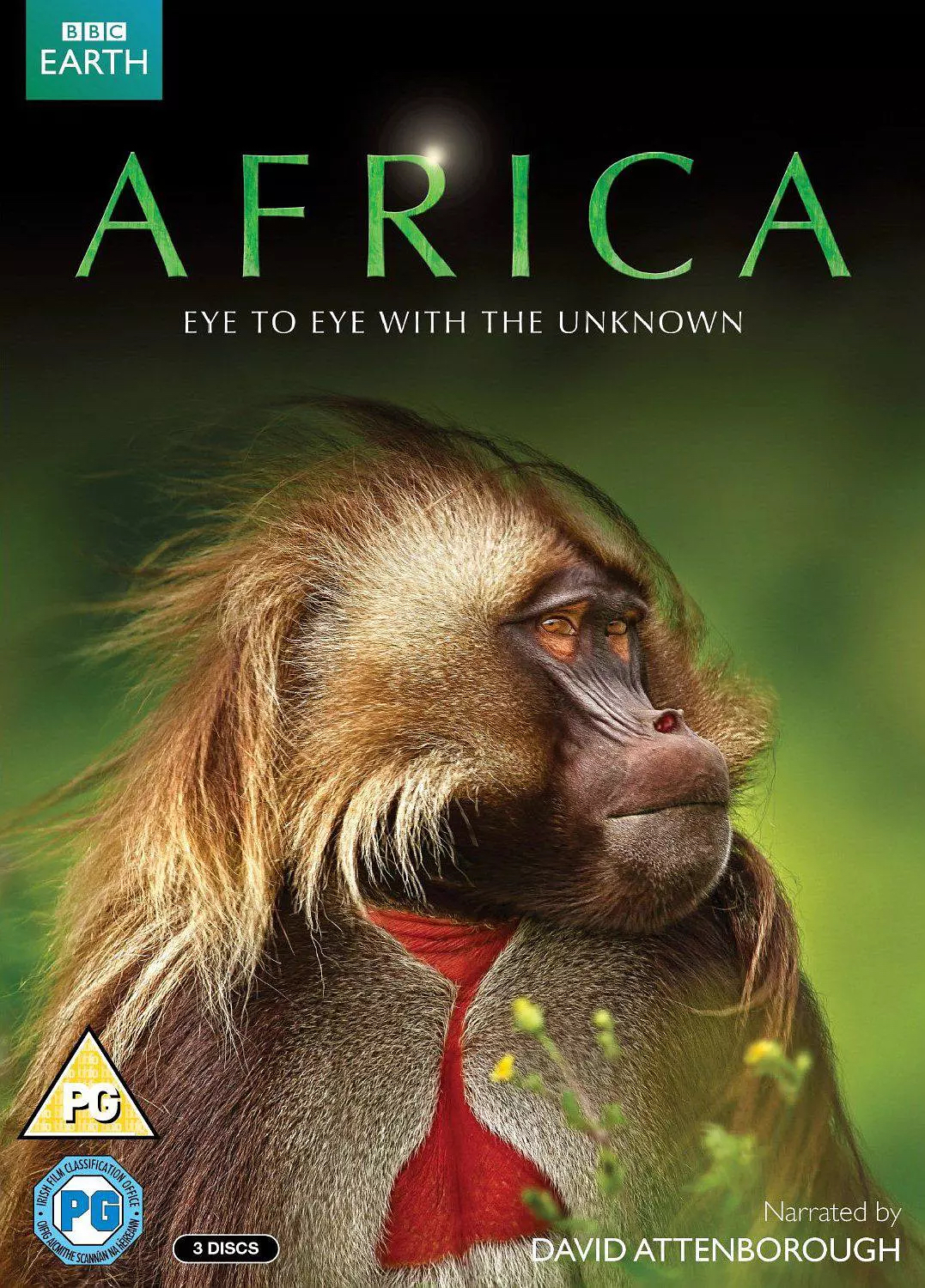 Africa is a 2013 British television series created by the BBC Natural History Unit. It focuses on wildlife and wild habitats in Africa, and has been four years in the making. It consists of six hour-long episodes and six 10-minute-long featurettes. 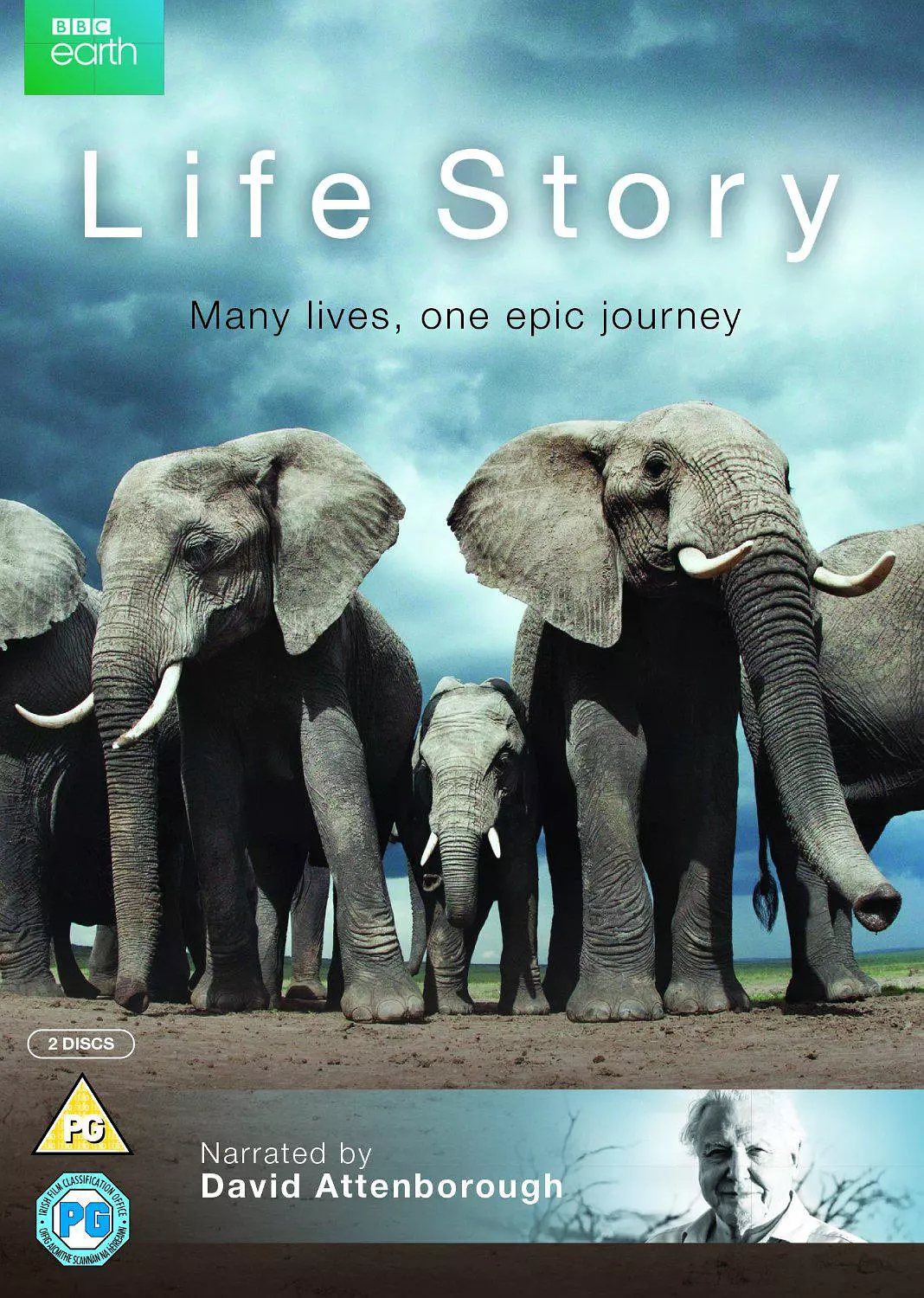 Life Story is a British natural-history television series with Mike Gunton, Rupert Barrington and Tom Hugh-Jones from the BBC Natural History Unit on the production team. The six-part series reveals the challenges faced by individual animals at different stages of their lives and was first broadcast on BBC One in 2014. The series is introduced and narrated by David Attenborough.